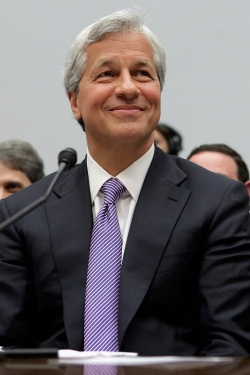 The lights are blurry, the scotch is dull, my hair is turning whiter. I’m an old man but I’m still ablaze in my heart. Today, I’m the talk of JP Morgan Chase. Many believe I should step down. Hedge funder’s believe I’m on the last railway to striking gold. Maybe I am.

I sat in a bar today, looking down into my glass, comtemplating what I want to do, what I should say, who I will eat with tonight, are there going to be be any good games on and as the bartender slid the glass of Macallan single malt scotch from out of my cast down gaze, all I could see was the wooden counter that my arms rested upon. It wasn’t clear, I couldn’t see what was behind it. It all felt so scary. Suddenly, a refilled glass was brought back into my sight, my eyes bulging with pain after each minor key played on the piano. I began to think of a pattern in life, “THE” pattern of life. It’s all about buying and selling, well, maybe not everyone’s pattern is like that but mine was an easy flowing in-and-out job. My associate in London had pulled the wool over the eyes of so many retiree’s, savers and those who cheered on the zero-interest rate. I could see the index, all dressed in gold and the bonds were covering themselves with wormy blankets. He sold the index and bought the bonds. He then kind of play a game of “I know what you think because you think what he thought and he thought how you think” and decided to sell what he had bought and buy what he sold at better prices. He was referred to as “The Whale”, I felt like I had been a part of a mob movie and I was swimming with deep sea creatures, hiding out in coral, keeping a loaded gun under the tongue of some orca. It all was so beautiful but now I have a dilemma on my hands and the company is in the shitter 5.8 billion dollars. This may in fact be my last scotch, along with the other 5 I’ve had in the past hour.

As I sat in the bar for the next few hours, the piano started to sound more like an invitation for change. I began to reflect on my childhood. I started to think about my life and what it has become. Am I really a money-hungry slayer of the American people? I used to cross my fingers behind my back to my mother back in elementary school, now I feel I’ve done it to the American people, my whole family. What should I do? Christ, what is there to do?

In that moment, I felt a calm come over me. I felt like I could march into any office, pants down, and still convince people that I have what it takes to carry on at JP Morgan but I had another idea. Maybe quitting wasn’t such a bad idea after all. Hell, with this new Obamacare thing I could really make a killing opening my own small business. Jeez Louise! With all this money I got I could start two small businesses! Wait, I need to calm down. I took another drink until all I could see were midget glaciers that reminded me of the people I worked with when I spent the summer at Goldman Sachs. Okay, okay. Let’s think about this. So I could open up a business, start with a pretty big employee base. Hire at least 60 or so people. Brandon, Leroy, Kenny, Papu (the man who owns the liquor store down by my penthouse, they are four good guys that I know will be in on this. But wait, I think this obamacare said something about the number of employees you had? Hmm. Yes, yes. Only small businesses with 25 or fewer employees that have health care will get tax credits. I could use all the tax credit I can get! Alright, now, Papu doesn’t have health insurance. We’ll have to get him some. Hell, he can have my son’s. He doesn’t ever get sick anyways, except last night my wife said something about dysentary. Oh well, he’ll be okay. We’ll do the whole holistic thing with him, he’ll be our experiment. Someone’s gotta figure out if this whole pharmaceutical drug industry is really messing stuff up. I suddenly felt like a shepherd, making my business plan, adding employees, subtracting employees, it was a little bit of a bullshit mess but it’s all for that tax credit!

But then, I stopped. I pulled my drink towards my mouth and opened it only enough to let a germ out, and breathed out. I closed my eyes, listened to the piano sting the air with reality and I stood up. I wasn’t going anywhere. Maybe I can’t be a shepherd of small business but I can try to be a shepherd of trust.