The legendary film critic Roger Ebert passed away this afternoon. 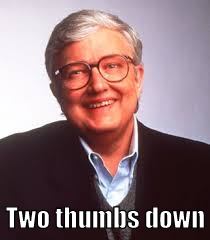 That meme may seem like “low hanging fruit”, but the thumbs up/thumbs down grading system was the trademark of the Siskel and Ebert movie reviewing machine. And machine may be an understatement. WITH cancer, Ebert was able to write reviews for over 200 movies. And to think some college students bitch about having to write a 10-page paper.

Let’s say Roger Ebert watched and reviewed one film every day. That would mean there are only about three months a year that he is not viewing a movie and writing a subsequent review every day. This means that:

A)   He watched a whole hell of a lot of movies

B)   He probably watched some really, really awful movies.

Which brings me to the point of this post.

Are we supposed to celebrate and glorify this man, this man who made a career off of panning movies like the animated/live action version of Yogi Bear? He achieved a lot while he was battling cancer, which is certainly something to admire. But a lot of people do and they won’t ever receive the type of recognition he will. Perhaps, it’s because he was a master of his craft. After all, he was the ONLY person in America who wrote compelling film reviews. Oh wait…that’s not true. Every city’s newspaper has a handful of film reviewers, many of whom are more talented than Roger Ebert.

So what should we take away from this? Because that’s the sad reality of humanity: sometimes, when people pass away, others are left asking themselves, “What does this mean for me?”

Roger Ebert made a lot of people appreciate film in a way they didn’t know was possible. After reading Ebert’s positive review of Gigli (the Ben Affleck-Jennifer Lopez  romantic comedy), I paid to see it for a third time. And it still fucking sucked, but this time I THOUGHT about it differently.

When I read his review of Rihanna’s acting debut in Battleship, I drove to the theater so fast I LITERALLY ran over two humans. And boy did I hate that movie, but you know what…at my core…I changed. Battleship made me think about personal relationships and families in a different way. 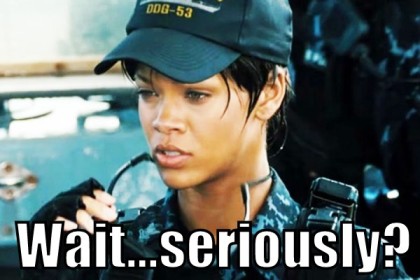 When a person can get wiped out by an alien naval battle at any moment, you appreciate their time more.

So in the end I guess I am thankful. Roger Ebert changed how I see movies. He made me cynical, and reluctant to see anything less than a masterpiece.

So I guess he kind of screwed me over.